[The similarities in Michael’s poem ‘Heaven is Here’ and the story behind the great bronze sculptures of Shiva performing the cosmic dance have long fascinated me. The photos and video footage of Michael dancing in a raging desert sandstorm from the ‘Dangerous’ television commercial also remind me of the Shiva bronzes. They are some of the most powerful images of Michael I have ever seen.

What follows may be just a piece of imaginative fantasy on my part – but I tend to favour synchronicity over coincidence, especially considering the insight Michael has granted us into his creative processes over the years. As we all know, when it came to his art he left nothing to chance. – Kerry Hennigan]

In “Dancing the Dream”, his 1992 book of poems, song lyrics and reflections, Michael Jackson gives us a poem called ‘Heaven is Here’. In this striking piece of prose he writes (in part):

Come, let us dance
The Dance of Creation
Let us celebrate
The Joy of Life

The poem is indicative of Michael’s many works on ‘oneness’ and ‘wholeness’ not just with each other, but with the Creator, by whatever name we call Him/Her or the divine Force. The dance as an act of creation and an analogy of creation itself, reflects ancient wisdom – especially that of Eastern philosophies.

From the time I first read it, this poem, accompanied in the book as it is by photos of Michael dancing in the desert (stills from the promotional video for the ‘Dangerous’ album) reminded me of the great Chola bronze depictions of the Hindu god Shiva as Nataraja, Lord of the Dance – the cosmic dancer who performs his divine dance to both destroy world weary views and herald the arrival of a new world in its place.

In essence, the Lasya and the Tandava are dual aspects of Shiva’s nature; for he destroys in order to create, tears down to build again. [1]

He holds a drum in one hand, with which he makes the first sounds of creation, and fire in the other – the fire that will consume the universe. At the same time, with his lower right hand, he makes a gesture that allays fear. Beneath his feet he tramples a small figure that represents illusion, which leads mankind astray. Shiva’s front left hand, pointing to his raised left foot, signifies refuge for the troubled soul. The energy of his dance makes his hair fly to the sides. The symbols imply that, through belief in Shiva, his devotees can achieve salvation. [2]

Now Michael Jackson was no Hindu deity; he was as human as you or me, except, he was an enormously talented, highly intelligent and inquiring individual who believed he had been blessed with such gifts for a purpose. He consciously used these gifts to inform, influence and create change.

He can be seen to be a benevolent, all embracing (but deceptively harmless, perhaps) pied piper of nations in the first part of the short film for Black or White – and then becomes ‘dangerous’, ‘violent’, sexually charged and ‘subversive’ in the controversial black panther dance that follows the song in the full length version of the video.

In an interview given in 1992 when asked about the black panther dance, Michael explained “Anger and rage are the prelude to a shift in consciousness. Unless we feel rage at some of the inequities and injustices of our society, there is no hope for transformation.” [3]

As with Shiva, there is an important purpose to this dual vision of the song’s writer/choreographer – in order to create a harmonious existence for everyone regardless of race, creed or colour, one has to recognise, acknowledge and dance/stamp out the ignorance. It should not be an act performed in isolation either, but a performance that draws the attentions of others to the problem(s).

I don’t know whether Michael made the connections I have made with the cosmic dance of Shiva – whom he certainly knew of in the form of Nataraja (Lord of the Dance). Michael had help from his friend Deepak Chopra in preparing “Dancing the Dream”, and as fans we’ve come to understand that there was little Michael did in terms of his art that was not deliberate, and planned, fine-tuned and perfected so as to get his message across.

In 2009 after Michael’s passing, Viraf Sarkari, co-director of the event management agency Wizcraft told the Times of India about Michael’s 1996 visit to India on his HIStory tour. “We first met him in Los Angeles to confirm the concert. We were told he is very keen on performing in India. We’d presented him with a Ganesha, a Nataraj and a sherwani. And without requiring any explanation, he said, “Yes, that’s Ganesha, the god of luck.” Even when politician Bal Thackeray presented a silver statue of Shiva as Nataraj to Michael he didn’t need the politician’s explanation and said, “Yes, I know that’s the god of dance and art.” [4]

Shiva has other identities too, and one of them is as a Guru, or teacher of all types of knowledge (including music). In this form, called Daksinamurti, Shiva personifies the ultimate teacher – the embodiment of knowledge and the destroyer of ignorance. So, even in this seemingly benign form, the duality of his nature and intentions remains.

With knowledge comes awareness and enlightenment as a result of self-realisation. The outcome is freedom – from ignorance and fear. In ‘Heaven Is Here’ Michael tells us to not be afraid to know who we are…

You are much more
Than you ever imagined

One of Michael’s friends and creative collaborators told me in the year after Michael’s passing that we can never lose him; in his spiritual form he is all around us and inside us. He is a part of us, and we are part of him.

It’s as Michael wrote in his poem “you and I/Were never separate/It’s just an illusion/Wrought by the magical lens of Perception.”

It is Michael Jackson speaking, but it could just as easily be Shiva, the ultimate teacher.

In his poems, songs and his dancing, Michael has interpreted Shiva’s cosmic dance for the enlightenment of his global audience. 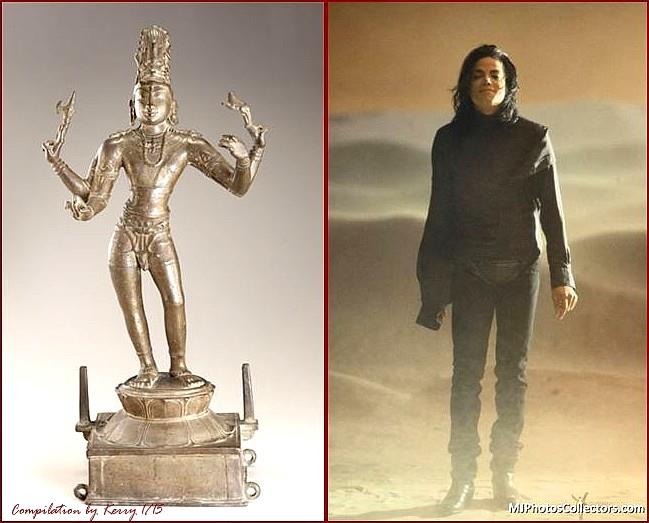 Conceived and written by Kerry Hennigan. Originally published on Facebook on 17 January 2015: https://www.facebook.com/notes/kerry-hennigan/michael-jackson-shiva-and-the-cosmic-dance/835410949850423 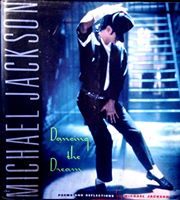 Excerpts from “Heaven Is Here” are from the book “Dancing the Dream” by Michael Jackson, originally published by Doubleday 1992, reprinted 2009.

4 thoughts on “Michael Jackson, Shiva and the Cosmic Dance”