Sources on Michael Jackson – who is worth referencing? 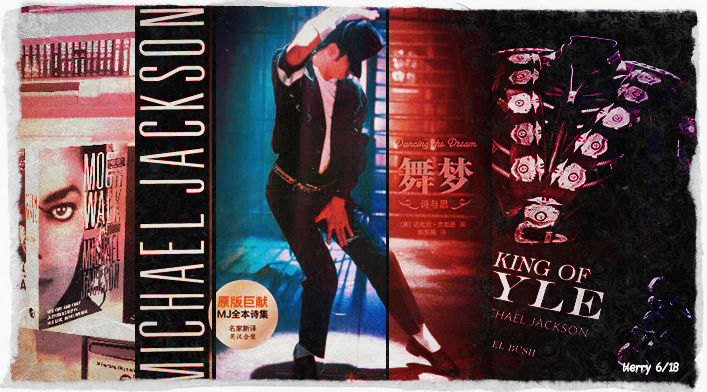 With so many books having been published on Michael Jackson, especially since his passing in 2009, it is necessary for the writer and researcher to sift through the many titles to find sources that – we can hope – are reliable.  My own limitation is being restricted to books published in English – as much as I’d love to be bi- or multi-lingual, I’m not.

Firstly, the primary sources are, obviously, the books published under Michael’s own name – namely “Moonwalk” (1988) and “Dancing the Dream” (1991).  Moonwalk is his autobiography up to the release of the “Bad” album and start of his first solo world tour.

“Dancing the Dream” is a glorious collection of poems, essays and song lyrics, beautifully illustrated with artwork and photography.  Here we can glimpse Michael’s soul laid bare for our examination – his love for children, animals, and the planet.  His desire for global healing.  His love of peace, and belief in a Higher Power that granted him his gift of talent.

Beyond his own titles, there are books that quote Michael verbatim from interviews; two of these are “Michael Jackson: Making HIStory” by Adrian Grant (1998) and “Michael Jackson, the King of Pop: The Big Picture: The Music! The Man! The Legend! The Interviews: An Anthology” compiled by Jel D. Lewis Jones (2005).  The former contains Michael’s answers to Adrian’s own questions in a personal interview while the latter provides complete transcripts of interviews Michael gave in the years prior to the publication date.

While I don’t care for Rabbi Smuley Boteach’s editorialising on Michael’s life and life choices, his two books featuring transcripts from his taped discussions with Michael are good sources for quotes from Michael himself.  These books are “The Michael Jackson Tapes” and “Honoring the Child Spirit” respectively.  My suggestion is to read the questions and answers and forget the rest – at least in the former volume, which comes across as a shameless misuse of Michael’s words and abuse of his trust.

But, I guess as Michael Jackson fans, we are used to seeing (and saying) that.

In terms of Michael’s fellow musicians and creative personnel, the best sources are Bruce Swedien’s book “In the Studio with Michael Jackson” but that falls short of actually attending one of Brad Sundberg’s seminars by the same name.  You can, however, find interviews with the likes of Sundberg, Brad Buxer (a major MJ collaborator for many years) and Michael Prince on YouTube.

“Let’s Make HIStory.  An Insight into the HIStory album” by Brice Najar, translated by Laetitia Latouche with a preface by Bruce Swedien is composed of transcripts of interviews with many of Michael’s musical collaborators, including those mentioned above.  It’s a terrific source of information relating to all the material – the classic hits and the new material – on Michael’s HIStory album.

Michael Bush’s lavishly illustrated “The King of Style: Dressing Michael Jackson” is a source of wonderful anecdotes about Michael and his various costumes for stage and screen.

In terms of biographies on Michael’s life – some of them have useful titbits, but I would eschew anything that purports to reveal his private moments.  While some of these may be fun (or infuriating) to read, examining Michael’s art is, I believe, the only way to really understand Michael Jackson.  His art is driven by his beliefs, his dreams, his high standards and his work ethic.  Some of it is driven by his anger, frustration and despair as well as his determination to put out a message to his audience.

With regards to the books written by family members, friends or bodyguards, most of them have something to gain from promoting their association with Michael Jackson.  While I don’t expect everyone to agree with me, personally I’d rather not rely on these books as a source of information.

Joseph Vogel’s “Michael Jackson. The Man and the Music” is the best overview and examination of Michael’s work to date and is a more reliable source than any traditional biography.  To understand the artist, study his art.  Both the original hardback pictorial edition and the revised paperback edition are indispensible.   Vogel’s other MJ titles – “Earth Song” and “Michael Jackson and the Reinvention of Pop” are also invaluable for examining various aspects of Michael’s work and how it was informed by his life experiences and beliefs.

Susan Fast’s “Dangerous” volume in the 33-1/3 series is an excellent analysis of one of Michael’s most important albums and its place in his legacy.

For academic essays examining Michael’s art and cultural impact, check out the articles and audio lectures by Elizabeth Amisu and Karin Merx in the Journal of Michael Jackson Academic Studies, accessed at http://michaeljacksonstudies.org/  Elizabeth is also the author of “The Dangerous Philosophies of Michael Jackson: His Music, His Persona, and His Artistic Afterlife” of which I have only read extracts, but which is a high-standard academic book written by someone who knows her subject matter and is also a fan.

In terms of looking at the critical backlash and cultural abuse suffered by Michael throughout his career (which certainly didn’t stop after it) I highly recommend Susan Woodward’s “Otherness and Power. Michael Jackson and his Media Critics.”

You may detect some noticeable omissions from my list – again that’s because (a) I haven’t read everything written on Michael, and (b) in some instances I’ve found a lot of the best material contained in a particular book to have been previously published elsewhere, in some cases the personal blogs of the individuals concerned, which I have already read/collected.

Needless to say, any source who has engaged in litigation against Michael or one of his companies, or been revealed under oath to have concocted stories about him for money, should be avoided at all costs.  Any attempt at biography should not source these individuals, or repeat comments made by those who wish to remain anonymous because they have something negative to say about Michael.  If they are not prepared to put their name to such statements, then they are not worth reading or referencing.

In all cases, when anyone is being quoted in a book written by somebody else, search out the original source whenever possible, and read the quote in context – then decide whether or not to reference it.

Other writers and researchers on Michael Jackson, as well as his fans who desire to know and understand him more, to better appreciate his art, will have their own list of favourite resources.

For what it’s worth, this is mine.

Check out my reviews of some of the books mentioned above.  https://kerryhennigan.wordpress.com/category/mj-book-movie-reviews/

For academic reviews (written by others) on books about or related to Michael Jackson, check out http://michaeljacksonstudies.org

5 thoughts on “Sources on Michael Jackson – who is worth referencing?”